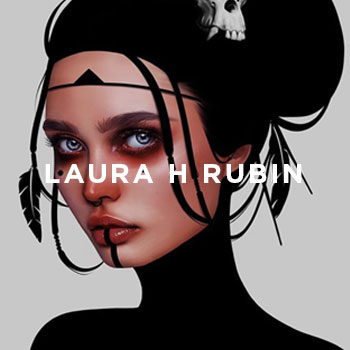 I am a 25-year-old film & vfx artist from Switzerland with a weakness for plain aesthetics.

My dad used to draw like a god when i was a child, which is probably the reason why I had the feeling that the standards were set very high. And because I didn't want to see myself fail, I didn't even try. But at some point in my life I realized that I was not happy. I needed to start doing something creative.

So I started studying "film & visual effects" in Zurich. To get a better understanding of visual impressions, we visited the store house of the art museum where we had to draw sketches for many hours and days. Additionally, we had to draw storyboards for all our film projects. First just on paper, later digitally with a Wacom tablet.

Right after my graduation I was broke for quit some time and had to find a job, so I started to work as a graphic designer in an ad agency. At this time my boyfriend gifted me the iPad Pro which allowed me to draw on, and things started to take its course. :)