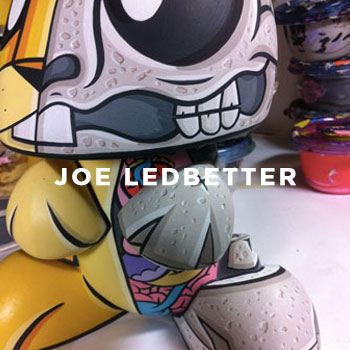 Joe Ledbetter is an artist, illustrator and toy designer based in Los Angeles His distinctive style is characterized by bold outlines, a vibrant palette and cute-yet-mischievous content. Ledbetter cites classic animation, underground comics, skateboarding and 1980s video games as having deeply influenced his work.

After earning his degree in Sociology from Humboldt State University, Ledbetter began working as a graphic artist in the apparel industry. He now shows his art worldwide and has been exhibited in museum shows (Andy Warhol Museum, MADRE Museum Italy, Bristol City Museum, Riverside Art Museum), as well as selling his work at Christie’s auction house in New York. Ledbetter collaborates with top brands (Nike, Swatch, Sony Music, Kidrobot) and has been featured in The Los Angeles Times, People Magazine, Juxtapoz and Hi-Fructose. He is most known for his highly collectible designer toys.

Find out more at www.joeledbetter.com 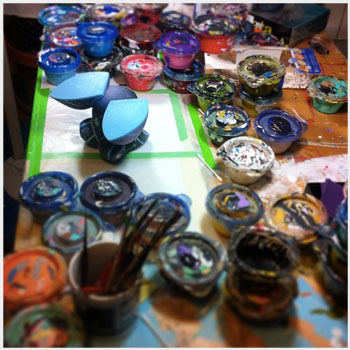