Fin DAC is a self-taught, non-conformist urban artist who has defined and perfected an atypical spray paint style he has dubbed Urban Aesthetics.

Through his work the artist explores themes related to female emancipation and empowerment, readjusting the male gaze and disrupting colonialist attitudes particularly surrounding the Eastern experience.

He is known for his depictions of Eurasian women and is inspired by traditional and ceremonial dressing, in which these subjects engage. His interest; however, is not superficial or thoughtless. In his illustration of these women, Fin DAC reframes racial and sexual stereotypes that surround them, crafting a narrative that celebrates their sensuality with cultural sensitivity, rather than appropriation.

When he works in an outdoor context, Fin DAC’s women are often large and commanding, claiming ownership over their urban environment, but also equally feminine, with classically delicate features. Through this duality, Fin DAC asserts that women are both powerful and vulnerable, aesthetic and intellectual, physically capable and with deep emotional reserves.

Although his murals are present in countries and continents all over the globe, Fin DAC remains very much an outsider of the street art scene preferring instead to plough his own, individual path with personal projects.

Find out more at www.findac.tumblr.com 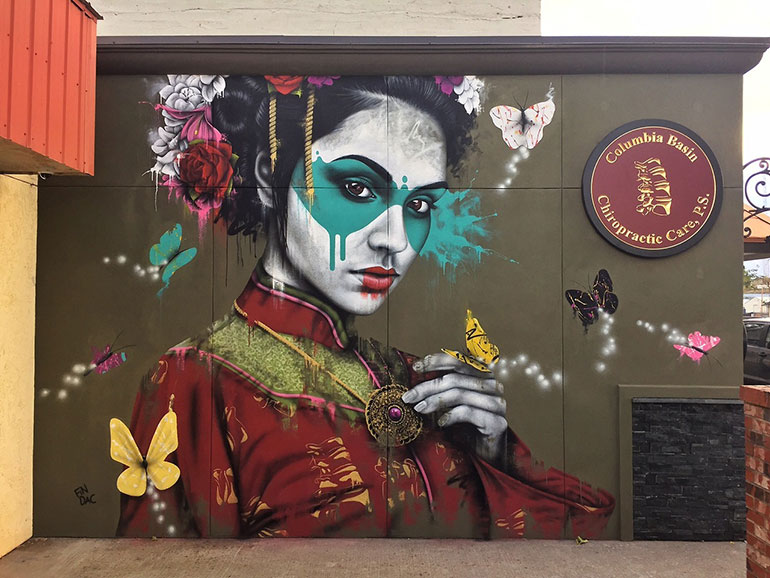